This is a segment I’ve been wanting to do for a while, and it will not have a lot of installments. Its purpose is to give attention to (not review) albums which either have gone mostly unnoticed, or were a band’s only release before they broke up. Sometimes it might be a combination of the two. Regardless, they are albums that I want to share, because I think they are excellent and under-appreciated, and/or largely unknown. 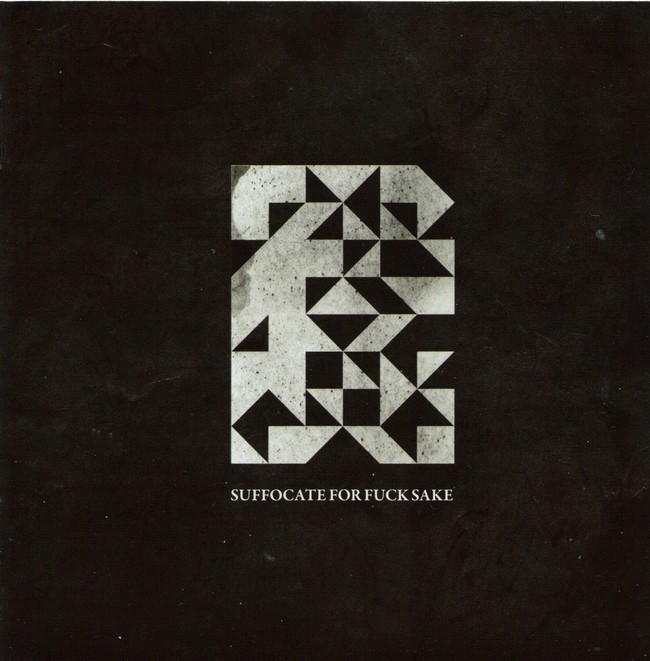 The Artist: Suffocate For Fuck Sake

The Album: Blazing Fires And Helicopters On The Frontpage Of The Newspaper. There’s A War Going On And I’m Marching In Heavy Boots

Suffocate For Fuck Sake were a band from Sweden that released what is, in my opinion, one of the best and most unique post-rock albums (and I don’t say this lightly) ever. I first listened to Blazing Fires And Helicopters… sometime in late 2010, and was taken aback by just how incredibly and overwhelmingly dark it was. To me, it is still just as intense as the first time I listened to it. So even though I say it is one of the best albums ever within the genre, I listen to it sparingly.

Borrowing, sometimes just briefly, from a wide swath of genres such as metal, hardcore punk, electronic music, and even a section with only acoustic guitar and vocals, the album is particularly unique for the fact the entire record is centered around audio samples of dialogue. The samples are from the documentary “Jag skulle kunna vara USA:s president” (which translates to “I could be the USA’s president”) about Swedish author and poet Linda Boström Knausgård, and her life living with bi-polar disorder. All of the dialogue is in Swedish, but the album booklet provides a transcript in English, which you can view here.

The end result is a sobering, somewhat GY!BE-esque experience. Even without understanding the language being spoken, the record instills a sense empathy for the speaker, especially the sense of defeat present as the record comes to a close. There is no question the story resolves without a happy ending.

Suffocate For Fuck Sake created one of the most disturbingly powerful and honest portrayals of a mental disorder in music I have ever heard. Then they disappeared completely.

There are recent rumblings that Suffocate For Fuck Sake may not be gone forever, and have even been working on new material within the last year, according to this Swedish interview, which was translated by Reddit user JustAWonderfulMan in this post. If this proves true, I’m excited, and honestly slightly uneasy, at what might come from the band’s next release. Excited that it could be worthy successor to the first album, and uneasy that it could be a complete letdown. From the above interview, the band seem much less concerned with the outcome.

My intent is not to build up some kind of false mythos around Blazing Fires And Helicopters…, since the members themselves are not shy about talking about it. However, over time it has become, at least to me, something of a House of Leaves within the post-rock sphere. It is well known in certain circles, but outside of those, it remains largely unknown. Very little (verifiable) information is easily found online about the band itself. Vinyl copies are rare and prohibitively expensive, to a point where actual members of Suffocate For Fuck Sake have expressed their distaste for the prices set by private sellers.

Regardless, my own personal anecdotes will do its experience no real justice, and my sole intention in posting this is so that more people will have a chance to appreciate this record as much as I do. I encourage you to listen to it in one sitting, and with the translated dialogue, for those who don’t speak Swedish.

You can do so here and with the gallery link provided above.

If you enjoyed reading this piece, you may still absolutely hate something else I’ve written. Better safe than sorry. Click here to see all of my Advice, Stories, and Complaints, and find out whether or not we’re compatible as soulmates.

Technology is a pretty wonderful thing. This band was already on the ever-increasing and horribly backlogged list of bands I hadn’t gotten a chance to listen to yet. When I say the word “backlog” it conjures up (in my mind, at least) an... Continue →