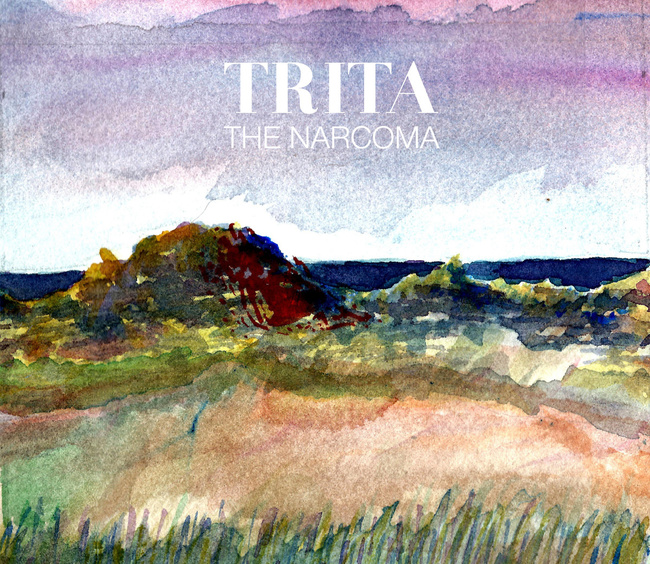 Trita’s sound admittedly falls more under the heavier ends of progressive rock and post-hardcore than what typically passes for post-rock these days, but they are a local Twin Cities band with an undeniably unique, experimental sound. And they just put out a new record. A really, really good new record which I think is worth checking out regardless if it doesn’t fall squarely within the regular trappings of this blog.

After the noise filled “Pilot”, which serves as the album’s intro, the rest of the album is a mix of heavy riffage, both clean and harsher, hardcore style vocals, noise, spoken word, and, well… more. A lot more. Trita are a difficult band to place simply because they don’t like to stay in any one place for very long. Yet, they’ve somehow still managed to cement a consistent sound throughout their debut full length. The Narcoma is a stellar, if not slightly disorienting album (in a good way), that continuously introduces something new with each track.

One of the mainstays of Trita’s sound is the mixture of clean, almost Tool-esque sung vocals as well as shouted vocals heard on the majority of the tracks. Tracks such as “Is That What You Think It Did?”, “Enamel”, “Youth Pastor”, and “Was” establish the solid and already unique core the band orbit around. However, some of the highlights on The Narcoma, and what makes the record stand out as a whole, are where the band chooses to wantonly venture from that core.

The first such deviation is the end of “Yellow Journalist”, which employs an eerie sample of what sounds like a children’s toy. “Turquoise” is the first we hear Trita turn down the volume, if only briefly. Then there are the spoken word tracks “Ritual Slang” and “Lilac Debt”, as well as the prominent use of acoustic guitar on “Majesty Gray”, on a record otherwise dominated by heavily effected and overdriven guitar and bass. These kinds of surprise elements serve to strengthen Trita’s already solid sound, and the album as a whole would suffer without them.

Out of all the tracks, “Yellow Journalist” was quick to become one of my favorites, along with the frantic energy and almost Nirvana-like grungy riffs and vocals on both “Song in D” and “Ugly Knees”. Another standout is one of the slower tracks on the album, the appropriately titled “Subdue”. There are a lot of strong individual tracks on The Narcoma, but for the full experience of what it has to offer, the album begs to be listened to from front to back in a single sitting, rather than piece by piece.

Experimental to a T while never becoming alienating, Trita have released a solid debut. Reminiscent in places of both Tool and, even more so, the late These Arms Are Snakes, the band have created a sound that is all their own. If you’re looking for something fresh The Narcoma is definitely worth a listen.

Trita’s debut album, The Narcoma, is available now through their Bandcamp for $10.

Leave the bedroom and start making noise with other people.

In a previous post I said I won’t be reviewing “solo projects”. My rationale behind that is that as both a musician and a consumer of music, I think it is extremely important to be part of a band. I also said I’d explain further in a... Continue →