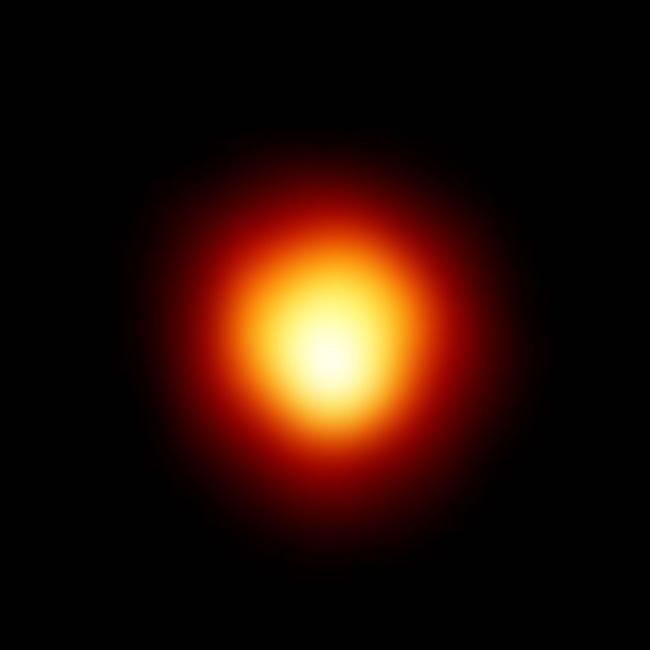 I’m a big fan of concept albums, astronomy, and post-rock. Los Angeles based post-rock band, Barrows, has released a concept album about the death of a star. That said, I’m unsure if it’s ethically responsible for me to promote this record. I mean, it feels like they’ve created this album specifically to cater to 11 year-old me. Is it right to encourage and reward such blatant pandering…?

Whatever. I’m going to.

Red Giant begins with “Nebula”. Swirling white noise builds into a slow burning, psychedelic track that some, more impatient, listeners may find a bit too slow. But, to be fair, stars take a long time to form. They should be grateful the four-piece have condensed a process that takes hundreds of millions of years to occur to under an hour. Those who do stick around do not go unrewarded. The second track is, for good reason, the record’s namesake. “Red Giant” is an absolute behemoth, and probably my favorite track on the record. Some of the strongest and most technical guitar work on the album appears on this track. This is also where it becomes very apparent what the most unique and standout feature on this album is: the drumming.

A very prominent and driving tom-filled rhythm section helps to create a building, uneasy anticipation on “Red Giant”. This same uneasiness is carried over into the next track, “Black Hole”. Serving as the halfway point on the record, it is a relentless track with a blaring, auto-wah’d, alarm-like guitar that feels present during the entire song. The result is something that would fit just as comfortably on a soundtrack to a video game or sci-fi movie as it does on the record. Every element, from the drums pushing the listener forward to the chaotic walls of sound from the guitars and bass, feels like a threat. The song creates an atmosphere warning of something big, along with an ominous sense that whatever happens next is crucial.

What happens next is “Wormhole”. If ever there were a piece of music for traversing a singularity, this would be it. Several moods occur on the track, all providing a continuous sense of movement. There are numerous occasions on Red Giant where, even in all the chaos happening, there is an unique underlying element that gives certain segments an almost surf-rock feel, no doubt from the tom heavy drum parts. Several of these moments can be heard on “Wormhole”.

The finale to Red Giant is the fittingly titled, “Beyond”. Ranging from eerie to frantic, this is a perfect way to wrap up the album. Along with the title track, it is one of the strongest on the record. The whole album ends in a place similar (or perhaps radically different?) to where it started off, drifting through an uncertain expanse of white noise.

The only issue I have with Red Giant is its length. Sitting just above the 40-minute mark, it would be inaccurate to claim the album is too short or somehow incomplete, but it would not be unfair to say it leaves the listener wishing there were more.

Aside from that, everything about Barrows’ new album is excellent. The pacing, production, and performance all serve to illustrate the concept behind the record, and they all do it extremely well. An ambitious concept from the get go, the imagery that inspired Red Giant inspires even greater imagery in the mind of the listener. If you really think about the massive scope and size of what the band set out to put music to, there are very few comparisons, and even fewer that do it as much justice as Barrows have.

Barrows’ new album, Red Giant is available for download through their Bandcamp for the paltry sum of $5. Go get it. Or, if you’re as big a fan of tangible objects as I am, vinyl (with download) can be bought here for $15.

Album: Nova Band: Eschar Released: 3 April 2015 . For those who follow post-rock, post-metal, noise-rock, etc. you’ve probably become aware of a certain annual festival held in the UK that’s turned into something of a high-water mark of... Continue →