Off Brand Products No. 1

So, obviously I’m a human and I like a variety of human things. Those human things happen to include music that extends beyond the intended scope of certain blogs that certain humans may have started which pertain to a certain genre of music.

Here is that run-on sentence explained without using the words “human” or “certain”: Off Brand Products is a segment where I review things that may only be tangentially related to post-rock. I’ve got a few of these in the works, but I figured I’d start with something not too incredibly far from home base. Sometimes it’ll only be a little related, or in this case, fairly well related, but also containing some things that aren’t exactly post-rock. This segment could be anything, and if I’m taking the time to write about it, I do honestly think it’s worth checking out. Also, it’ll never be poetry. (Unless it’s some really good poetry.) So lay that worry to rest. 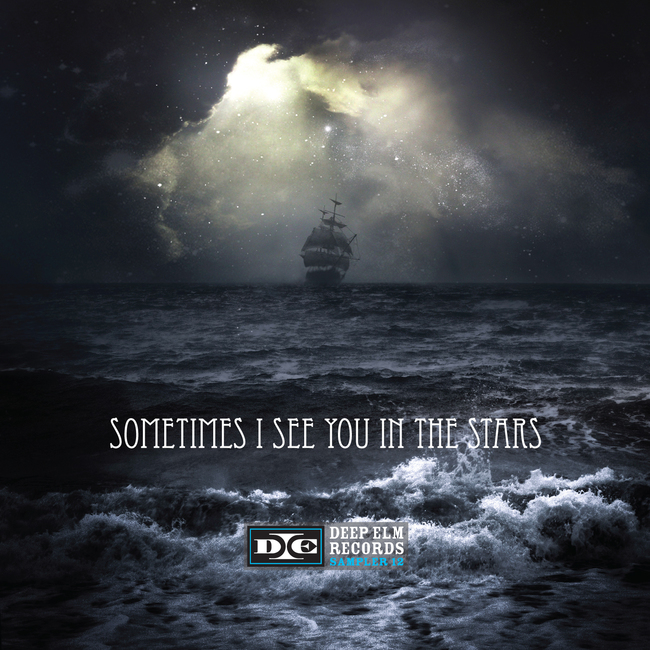 Review: Deep Elm Records Sampler No. 12 - “Sometimes I See You In The Stars”

As part of an upcoming article (which is now finished) where I discuss crowd-sourcing as it pertains to post-rock in the music industry, I reached out to Deep Elm Records for their opinion. They responded with some insight on the matter from the perspective of an independent record label. They also said they’d love a review of their latest sampler. I like a lot of the bands on Deep Elm, post-rock and otherwise, so I’m more than happy to. So this is me doing that.

The majority of the tracks on the sampler are indeed post-rock bands, with three of the 17 tracks featuring the cinematic compositions of Lights & Motion. The first of these, “Heartbeats”, serves as an uplifting introduction to the entire sampler. The second track is (ironically) “III” by Athletics. The band’s latest album, Who You Are Is Not Enough, is unique because it is actually two albums in one. While the version on the sampler contains vocals, the re-release of Who You Are… also contains the entire album without, leaving only the band’s post-hardcore influenced style of post-rock.

Obviously there are several standout tracks, but the third track quickly became my favorite on the entire sampler. Sweden’s Dorena blew me away with their song “My Childhood Friend” so much that I ended up writing an entirely separate review for the album it appears on, Nuet. The song just sounds like a warm, pleasant memory brimming with youthful excitement. Despite the fact that Dorena’s song is my favorite, by no means does Deep Elm’s Sampler No. 12 peaked three songs in. The following track keeps the momentum going with the indie-folk/rock stylings of Accents’ “Hold Me Close”. I’ve stated elsewhere that I’m a total sucker for horn sections in just about anything, and this song is no exception. Even if you aren’t, the lyrical content and overall great songwriting make an excellent addition to the sampler.

“Bravery” is the second track from Lights & Motion, and provides some well needed breathing room after the incredible energy from the previous tracks. It also serves as an excellent transition into the next song by Carly Comando. “Daydream” is a beautiful solo piano piece by an artist you have probably listened to while you were supposed to be getting some work done. Her song “Everyday” provided the background music for the famous YouTube video “Noah takes a photo of himself everyday for 6 years”. “Daydream” is no less jarring or emotional, so I’m glad it is on the sampler to bring more attention to Carly Comando. Keeping with the quieter tone set by the previous track, up next is The Dandelion War’s “Bridge Keeper.” A largely choral song with sparse instrumentation, it is a song that astute listeners will quickly realize is not fully taken in in one sitting, like much of the band’s other material.

While Deep Elm does have a host of post-rock/instrumental artists and bands on their roster, they don’t shy away from bands with a more traditional setup and fantastic lyrics and vocals. A perfect example of this is the indie-folk duo Papermoons and their song “Arms Length”. A chill combination of acoustic guitar, electric guitar textures and strong lyrics make this one of my favorite non post-rock tracks on the sampler.

Up next is the song “Skydiver” from Moonlit Sailor’s latest album, We Come From Exploding Stars, which was actually the very first album I reviewed on this blog. They sound like a melding of Jimmy Eat World and Explosions in the Sky, and it’s fantastic. The band Our Lost Infantry follows with what could be the hookiest song on the entire sampler, “The Dry Salvages”. You’ll have the chorus stuck in your head after one listen, no doubt in at least some part due to it containing a famous line by Shakespeare (you’ll just have to listen to find out which one).

“Bricks”, by Last Lungs, is a dynamic beast of a track. Reminiscent of early Weezer with terrible (but awesome) ADD, the song never stays in one place for very long. Constantly shifting between punchy rock and cleaner, quieter dual guitar melodies, the song absolutely rips. The sampler manages to keep that energy going with “Take It (Leave It) by the band This Drama. The band’s thrashy, riffy punk mixed with good old fashioned rock n’ roll sounds great on the track, but just by listening you can tell they are a band who’s true potential can only be realized by seeing them live. Speaking of bands that just beg to be seen live, The Lion’s Rampart epitomize this with their track "Crazy or a Liar”. At just 2:39 in length, it’s somewhat astounding how much crazy, frenetic, old school rock n’ roll energy can fit inside a three minute frame.

“Nomads” from the band Les Sages brings the volume down, but keeps the quality content high with their stripped down version of indie-folk pop. Along with The Dandelion War, Les Sages, consisting of seven siblings, boasts some of the most impressive vocal harmonies on the entire sampler. If you like “Nomads” you should definitely check out their album Blood Harmony.

Not surprisingly, some of the most standout material on Sampler No. 12 appears near the end. Third from last is “Elephant” by Lily and the Pearl. Excellent instrumentation supports an absolutely heartbreaking song about the decay of a relationship written with an incredible honesty, while managing to avoid the tired, overly melodramatic tropes expected from songs typically written about the subject.

Another post-rock band hailing from Sweden, U173, offers up a wonderful halfway point between the cinematic landscapes of acts like Lights & Motion and the guitar driven post-rock of bands like Moonlit Sailor (no doubt partly because the group contains members from the latter). For those keeping score, I mentioned there are three tracks from Lights & Motion, and we’ve covered 16 of the 17 tracks so far on Sampler No. 12. So as you may have guessed, Lights & Motion wrap up the entire showcase with their track, “Lend Me the Courage of Stars.” A relatively short song, bursting with energy and all of the calling cards of Lights & Motion, but also bringing something new with a brief vocal passage at the very end to close the curtains on the entire record.

Sampler No. 12 is more than just a “best of” or a collection of unreleased songs (of which there are several). It’s an opportunity. If finding new music is important to you, there are few better ways than this format, and I honestly believe it benefits both the artist as well as the fan. I’ve since listened to multiple songs by several of the artists, and even bought a record, simply because I heard one song by that artist on this sampler. And while some of the songs may not be what I like to listen to in my spare time, I have friends whom I know would love them. I highly encourage you to sit down and give the entirety of Deep Elm Records Sampler No. 12 - “Sometimes I See You In The Stars” a listen, at least once. You’re bound to find at the very least one or two tracks you’ll absolutely love.