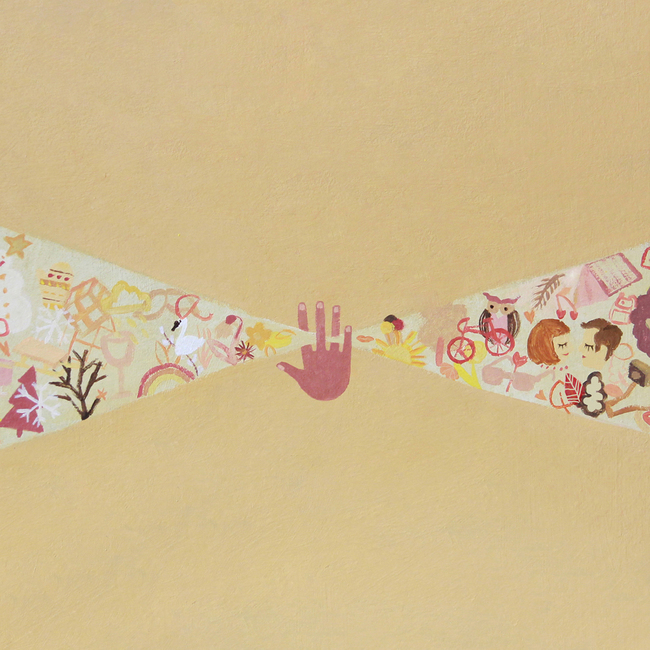 My whole life I’ve been chronically late to the party, and I make no bold claims to being a tastemaker. Even so, I try to keep the reviews I write within six months or so of an album’s release. There is a lot of new post-rock out there, though, so I’m bound to miss things. So I assure you that when I post a review for something that is over a year old, I consider it to be worth both my, and more importantly, your time if you haven’t heard it already.

The opening track, “Semper”, is a melancholic, shoegazy number with spindly guitars, ambient electronic elements, and breathy vocals. Dorena’s use of electronic music in their songs is brought front and center on the second track, “Her Comforting Touch”. This is where the album is most likely fully catch the listener’s attention. A quizzical chiptune-esque motif plays throughout the entire song, while the music built around it morphs in unexpected ways to keep it fresh and engaging the entire time.

“Young Hearts of Summer” is an excellent example of Dorena’s pop sensibilities. The melody occurring throughout the track is easily the catchiest on the entire record, while managing to avoid boring the listener. The song is driving and, dare I say, “bubbly” at times, but never saccharin. This is followed by “Dandelion”. Although strings appear elsewhere on Nuet, they are featured most prominently and to great effect on this track, which also has the first appearance of sung lyrics.

Hands down my favorite track is, “My Childhood Friend”. The song plays out like a perfect day. Spending the first several minutes surrounded by delicate guitars, this eventually tapers off into an uncertain drone. Out of nowhere, an overdriven guitar riff blasts through it all, and once the drums join in, it’s extremely hard not to be affected by the sheer amount of positive energy and excitement given off by this song.

It’s worth noting that, while by no means a detriment to the genre, the lion’s share of post-rock is contemplative in nature. Its enjoyment and entertainment value derived from a sense of observation and personal reflection, or a narrative following a preconceived story line. This is fine, and honestly where I’d wager most of its initial appeal lies. However an element missing from the vast majority of post-rock is plain old fun.

In this manner Dorena separate themselves from a large swath of their contemporaries. Evidenced by the slow build and mournful (but appreciative?) vocals on the next track, “A Late Farewell”, the band are fully capable of creating the introspective tracks that have become such a calling card of the genre. However, it is the juxtaposition of such tracks against “Young Hearts…” and “My Childhood Friend”, which makes the entire album resonate so much more than if it were all just one flavor. Nuet concludes with Dorena demonstrating their ability to meld the poppy and upbeat with the contemplative and uplifting with “The All-Clear”.

If Dorena’s latest record can be summed up in just one word, it is “sincerity”. “Nostalgia” also comes to mind, but that doesn’t do it enough justice. The album conjures up cinematic imagery of the carefree innocence of childhood, reckless teenage years, and lends itself effortlessly to memories both past and present, sure. What separates Nuet from other albums trying to capture and elicit such memories, however, is a rare and earnest sincerity, coupled with an even rarer sense of honest-to-goodness fun, which makes that imagery and those memories seem so much more genuine and real.

Nuet is available through Dorena’s band page on Deep Elm’s site at the Name Your Own Price option. If you liked the album as much as I did, do what I did. No, I don’t mean write a blog post about it (although I guess you could do that, too, if you really felt like it…). Throw some money their way so they can make another one.

Artist: Jet Plane Album: Loud to Sleep Label: Ricco Label Release Date: 7 October 2014 . I still get stoked when bands submit their own records for me to review. To be honest, the moment I stop getting that feeling is the moment I should... Continue →