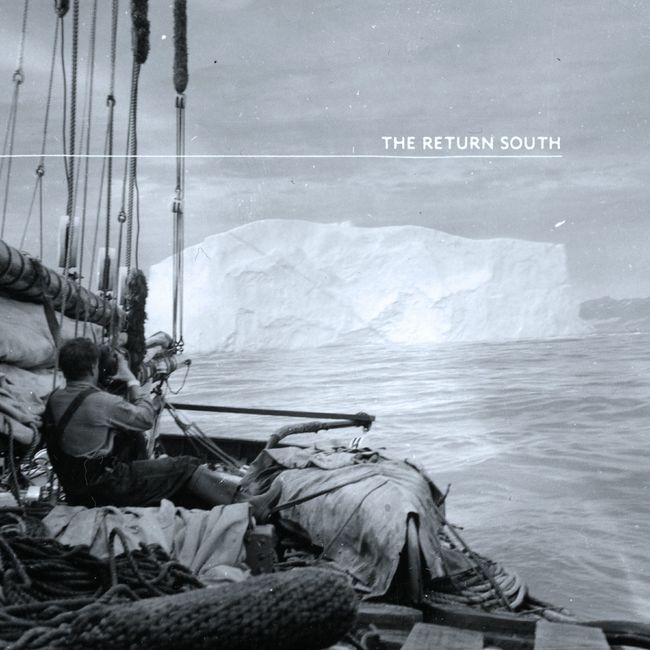 There are some genres that just simply resist fusing themselves with post-rock. Surely metal is not one of them, and electronic music melds nicely. However, if you were to tell me I’d be writing a review for a band that fuses the above mentioned genres, plus Motown, soul, southern rock, and funk with post-rock, I’d be skeptical at best. But if a band lists both Messhugah and Stevie Wonder under their influences, well…

The Return South’s self titled debut sits comfortably (or perhaps uncomfortably for some) at the intersection of prog and post-rock, but separates itself by mostly shying away from the former’s emphasis on instrument virtuosity. The reward is tight, thought out composition, and a genre-bending cornucopia of sounds that, on paper, sound like they’d never work together. In practice, the results are surprisingly successful.

The first track, “Purgatory”, serves as short intro to the album, and the following track, “Cestus”, is either where you’ll be hooked, or stop listening entirely. A funky (yes, funky), Southern rock riff and drum groove start things out before being joined in by a horn section. This has, somewhat surprisingly, turned into my favorite track on the record. If you’re still listening (which you should be), up next is “Flooded City”, a track that will make any Rush lovers swoon.

“The Valley Low” is a prime example of the band’s ear for composition. There are so many little things happening in addition to the subdued pads and synth-like guitars, you’re rewarded with something new every time you listen. “Ariel Mapping” holds more interesting surprises, with a hand clap rhythm section, U2-esque guitars, and more funk influenced bass. “Shards” is another serving of Rush love, as well as horns, and the second and final solo on the record. “Monarchs” begins with a guitar groove that surprises you by seamlessly transitioning into a pleasant piano passage, all accompanied by electronic elements that slowly take over before moving on to new territory. It is a journey of a song.

While The Return South may not be to every post-rock fan’s taste, it rewards the adventurous with smart composition throughout that never comes off as pretentious. Yes, there are two guitar solos, but the band do an excellent job avoiding the sometimes “jammy” nature associated with prog. Instead, they’ve written nine succinct, well put together tracks (the longest track, “Monarchs”, is a scant 5:27), each with its own narrative and moods. Every single track takes risks, all the while seemingly having a sense of humor about it. Some of the songs, like “Cestus”, consistently make me crack a smile (it’s the horns). The Return South is just fun to listen to. Any elitist genre-snobbery takes a backseat to the fact that I’m genuinely enjoying myself while listening to this album.

The Return South’s self titled debut is available through their Bandcamp by naming your own price. Throw them some dollars, though, because you’ll want to hear what they come up with next.

Avant-garde-neo-sludge-neu-post-jazz-John-Cage-core-step. (A discussion on genre.)

So… friends… I think it’s time we had “the talk”. I’m in the process of writing a review for an album which, admittedly, some may not consider “post-rock”. I’m sorry. But at the same time, I’m not too terribly sorry, because it brings up... Continue →