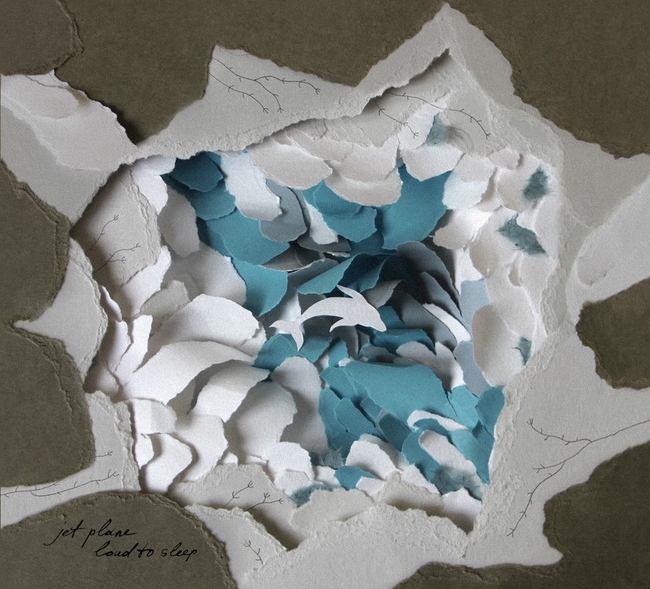 I still get stoked when bands submit their own records for me to review. To be honest, the moment I stop getting that feeling is the moment I should probably shut down this blog. That said, I get especially excited when those bands are from another country. So imagine my excitement when I received an email from Jet Plane all the way from Bryansk, Russia about their (then upcoming) album. Now try to imagine just how much more excited I was after listening to their new album, Loud to Sleep, and realizing that it was really, really good. For those tired of imagining things: I was pretty excited. Here’s why.

Loud to Sleep opens up with the track “Laurel Trees/21 Guns”. A quiet, gently swelling intro unfolds into a showcase of what makes this album so unique. Along with the expected instrumentation of guitar, drums, and bass, Jet Plane offer some truly wonderful variances to the form with the addition of violin, glockenspiel, and bagpipe. Yes, bagpipe. While not the first band in the genre to use the instrument (GY!BE immediately comes to mind), they do so in a way that is both supplemental and beneficial to the music, while never distracting or overpowering the compositions.

The album’s title track, “Loud to Sleep”, is a great example of this as well. A serpentine, Middle Eastern melody weaves through the track, taking turns being played by a soft, almost moaning violin, before being taken over by the piercing shrills of the bagpipe. The next track is “Snow Rock”. With its crystalline glockenspiel and sparkling guitars, the track effortlessly explores moods ranging from desolation to hopefulness in an expertly crafted manner.

“Fog”, the next track on the album, is one that lives up to its name. Creeping in slowly, each instrument blends in, adding textures while a single melody floats overhead. The piece never reaches a full crescendo, and, much like a fog, dissipates as slowly and subtly as it appeared.

The following track is what completely sold me on Jet Plane. “Sundog” begins with a series of snare hits, almost as if to counter the lulling effects of the previous track. A bouncing bass line and sunny melody wake you up and quickly transport you into a track reminiscent of some of Mogwai’s poppier tracks like “The Sun Smells Too Loud” and “Rano Pano”. At just over 11 minutes in length, this is the longest track on Loud to Sleep, but it honestly doesn’t feel like it. About halfway through the track, the fuzzy guitars and driving rhythm section abruptly dissolve into a wash of feedback before a quieter section that still manages to maintain its nostalgic feel. This eventually gives way to another wall of fuzzed out goodness before the track comes to an end.

Second to last on the album is “(You Can Hear Them) Whisper”. A plodding, almost jazzy, film noir intro establishes a mood that is neither sad nor upbeat. As the track progresses, audio samples of children playing and a somber violin join in, building the foundation for the tastefully restrained crescendo which finishes the song. “Whale”, the final track on Loud to Sleep, shows similar restraint. Rather than end the album with one final grandiose crescendo, it is brought to a close with only diminishing pizzicato violin over subdued swells of guitar.

Jet Plane borrow from numerous wells of influence, which are all readily identifiable for those familiar with them. It’s become cliche at this point to dismiss bands that pay such direct homage to their predecessors and influences, which I’ll concede is an argument that holds some merit. However, in the case of Jet Plane that cliche doesn’t apply, as Loud to Sleep does so in a way which makes it both enjoyable, and more importantly, identifiable as their own unique sound.

Loud to Sleep is available now through Jet Plane’s Bandcamp for only €3, and is well worth it. And, like, come on… Bagpipes.

. Album: The White Wizard Artist: Kult of the Wizard Released: 13 March 2015 . It’s been a while since I covered a local band from the Twin Cities. Too long, I feel. Well, here’s me addressing that issue. Kult of the Wizard have recently... Continue →